Owl you need is love… 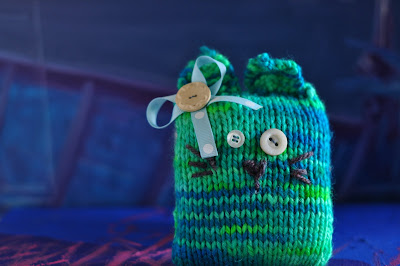 You remember the cat I made a while ago? Well she’d been feeling pretty lonesome lately and wandered into the wrong side of town. There she met a hand stitched felt handsome bird by the name of Owl. He wears a patch because he is a Pirate and he sails on a Pirate ship (not his own, he’s the head pirates right hand bird but he’s working his way up the pecking order and maybe next year he’ll have his own crew, all going well). He thought that his true love was the high seas and the rum that wet his beak, that was until he set eyes on Cat as she wandered around the fish market looking for pollock.

Cat was instantly attracted to his unnecessarily colourful plumage and the multicoloured wooden beads that he picked up on his last trip to Rio. This guy was well travelled, she could tell. 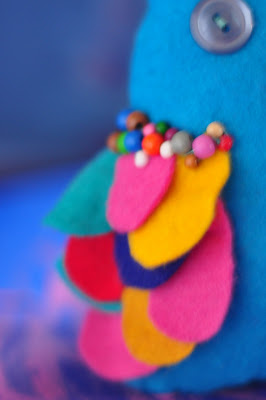 Her mind raced as she desperately thought of some way to strike up conversation with this dashing bird pirate.

‘I’m looking to buy some pollock, Have you seen the fishmonger?’ she asked.

‘Who?‘ he replied. And that’s how it all started. 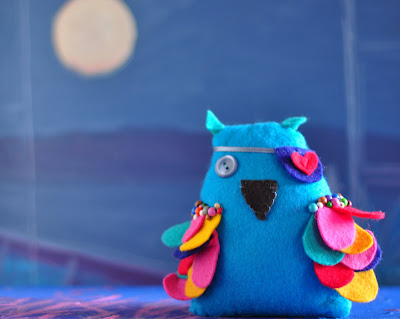 Over a few more nautical conversations they fell in love. Now they are planning their future together. Their plan is to buy a boat and get married. Cat is working as a waitress in a cocktail bar and saving up because apparently they need honey and plenty of money all wrapped up in a five pound note. Owl is working away on the Pirate ship, he has two weeks at sea and then a week off.It’s some sort of routine at least. He serenades her with his small guitar and gravelly Tom Waits voice.

And of course his patch is removable because when he goes to the bank to clear out his savings account to buy the pea green boat he wants to look respectable. 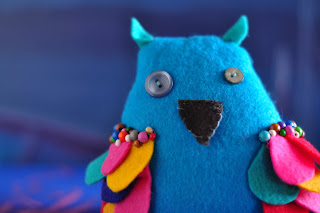 So now we must wait and see if these two loved up cuties can work hard enough and save to fulfill their dream to be married in a land far away. 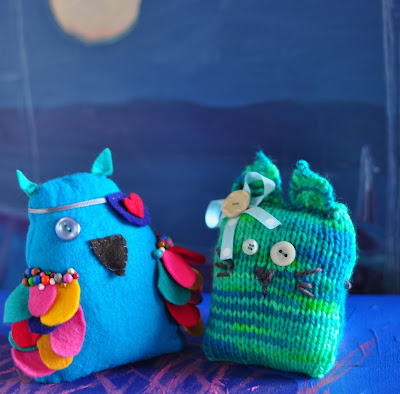 This entry was posted in Make. Bookmark the permalink.

16 Responses to Owl you need is love…