Posted on February 22, 2010 by Lilly Higgins
Last week I drove to Tralee with my brilliant sister (and partner in crime) Rosie. We were on a mission to collect the most amazing puppy ever as a surprise for my favourite boy. We had been planning to get a dog for ages; we were just waiting till we found the right one. Then last week we found her. Introducing Bo… 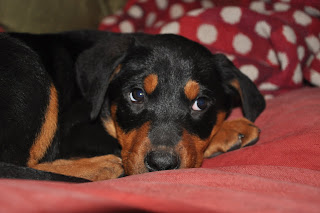 Half Doberman. Half Bernese mountain dog. Half unbelievably adorable. That’s right. A dog and a half. Like most accidental hybrids she came from a big litter, one of TEN puppies. The man that I bought her from eagerly offered me a second one at half price; It was like being in Marks & Spencers. 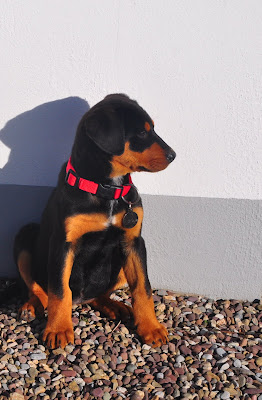 She’s only nine weeks old, but check out the size of her paws! Eeek. Someone is going to be big.
As soon as she was settled in at home I sat her down at the kitchen table and we both made a list of our favourite things. It turns out not only are we both from big families we also share a lot of hobbies. 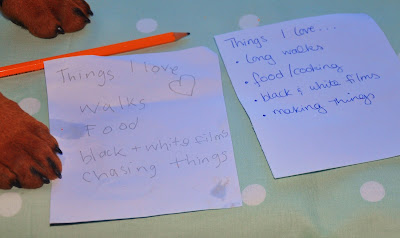 The only problem might be the hens and ducks. Dobermans have a high prey drive, which means that if something runs you can be sure she’ll chase after it. So we’ll have to teach the hens not to run and just square up to her.
I really hope it works.
Lilly x

This entry was posted in Bo, dog, love. Bookmark the permalink.