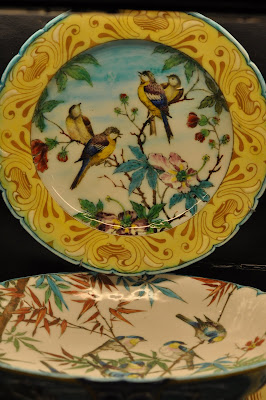 When we were in Bordeaux recently we went to The Museum of Decorative Arts. It’s basically a load of pretty china and painted gorgeousness all stuffed into incredibly beautiful rooms. Real Boudoir style pastels and huge chandeliers, Gold chairs with velvet seats, plump feather filled day beds covered in hand embroidered fabrics. Everything is opulent and beautiful. The walls are lined with glass cases, and the cases are full of china. Cups, Saucers, Teapots and plates. I have never seen so much gorgeous stuff! 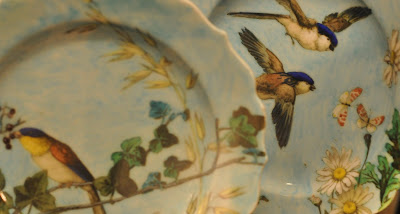 There was one case full of the most beautiful plates ever and they were all by one man. Theodore Deck. Does the name ring a bell? It didn’t with me either, I had never heard of him. But there I was face pressed against a case full of his work, eyes widened with a covetous glaze. I.need.these.plates. 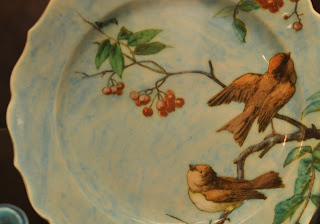 This is what wikipedia says about him:
Joseph-Théodore Deck (1823–1891) was a 19th century French potter. Born in Guebwiller, Haut-Rhin, he began learning the trade in his early 20s, moving to Paris at age 24. In 1856 he established his own faience workshop, and began to experiment with the Islamic style of ceramic making, and in particular the Iznik style. In the 1880s he also worked in the Chinese tradition, also collaborating with Raphaël Collin. 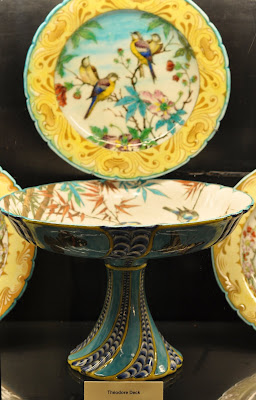 As much as I wanted  needed these plates I can’t have them because they were made over 100 years ago and are too precious for me to go putting cake on. So I couldn’t buy them so I just took lots of photos to share with you! Beautiful work and I hope you like it too. Let me know if you know of any similar stuff knocking around that I could buy!
Lilly x
This entry was posted in love. Bookmark the permalink.