Posted on September 2, 2011 by Lilly Higgins 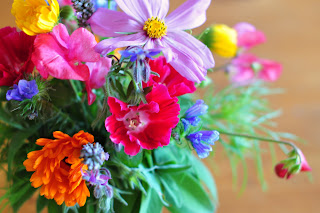 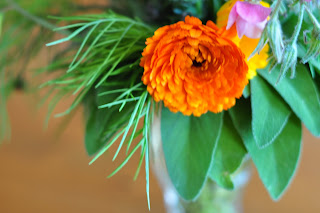 A few months ago a blog reader emailed me asking if I could send her a high resolution photo of one of the cakes on the blog so that she could use it as a desktop background on her computer. She said that it would brighten up her office and I’ve been sending her photos ever since! So now I’ve decided to make it ‘official’ and I’ve added a calender so that you too can have a lovely desktop background!
I love doing things like this and putting it all together so will  upload a calender each month, I actually can’t wait to do a Toffee Apple one for Halloween and a Coconut Snowball one for Christmas! Hurray!
For September’s calender I’ve used two of my favourite flower photos (above). It’s actually the same bunch of flowers but one is a close up of the sage, fennel leaves and flower.  You can download them on Flickr:
Here’s the bright and summery one.
Here’s the more Autumnal subtle one.
I’m using Flickr as I think thats probably the easiest way to download them. I’m going to move the calender up slightly this evening so it should suit all general computer screens.
Have a lovely weekend!
Lilly x
This entry was posted in love. Bookmark the permalink.