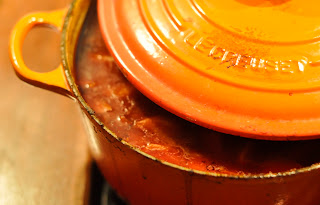 I have brilliant excuses for being so late in posting recipes from this months Loaves&Fishes Supper! They really are great. After ‘the big clean up’ on Sunday morning we made a massive brunch. Ate loads and then packed up all of our worldly goods (saucepans, favourite knives, 1 chi-russell, 1 jack russell and laptop).All set for the drive home. But when we drove through the 1st toll bridge at Portlaoise smoke started billowing from the engine and a loud knocking came from the glove compartment. That’s what happens when your engine overheats apparently. So I had to pull over, call the AA who insisted on calling me MRS Higgins and hope for the best. 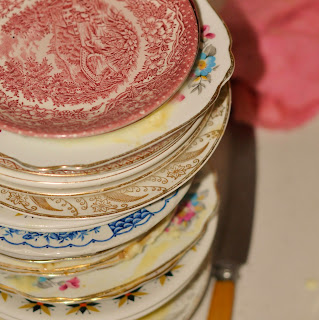 My sister Rosie was with me too and her two dogs were, in fairness, so good! They did go ballistic when the AA man did eventually show up and they were in ‘miniature dog protective mode’. So we all piled into Michaels van with the lights flashing and the car on the back of the thing.We chatted about yorkshire puddings, Brian Cowen, tourism in Portlaoise and the downturn in the construction industry. We were beeped at going through two different roundabouts as Michael was taking his time. No-one rushing this guy. We were towed to Portlaoise train station where the ticket man charged me €88 euro and told me to get on the train that pulled up at platform 2, which we did. Only to find ourselves in Limerick an hour later. Some other poor boy (James) also was told the train was headed to Cork. I kicked up a fuss.The train men said there had to have been announcements because the train is a machine?! 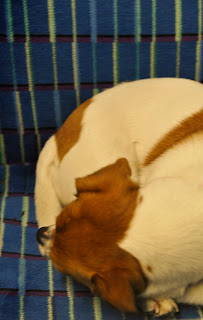 Anyway we ended up all 3 of us and the 2 pups getting into the train mans car. He then reversed smack bang into another car. Luckily the people we reversed into had no tax etc. and just wanted to leg it anyway. Then we all drove to Limerick Junction. The train guy revealed he was infact a SIGNAL man. And could not actually drive the train. He had to do a 3 month course in Dublin and stay in a hotel for ages to be able to signal trains(!). We talked about the pressures of being a signal man, how Dublin is different to Cork, how the fog was blinding, how sausage rolls were the best hangover cure and his dog. The dog drives him mad but he loves him really when he looks in his eyes. Then we got to an eerily quiet Limerick Junction, waited for an hour for the train and then arrived in Cork at 11.50. Not bad considering we left Dublin at 3. So anyway to cut a long story short my laptop was in my car in Portlaoise. I should have just said that at the start! 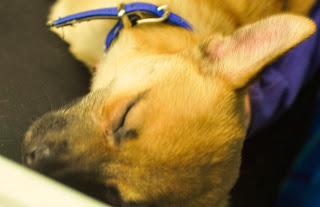 Anyway! The weekend went really well and we met some brilliant people. Here are some recipes from it :
The Root Mash served with the Maincourse is from Ottolenghi. A gorgeous recipe that I definitely will be making again. The original recipe involves amazing wine-braised shallots, yum! Great as a vegetarian maincourse or to serve with lamb chops etc.
The Beef & Chorizo Stew I found on Kristin’s blog Dinnerdujour.It’s a Jay Rayner recipe and I added tinned tomatoes to it and used red wine instead of ale.Gorgeous!
The Sticky Toffee Pudding is my own recipe and works out absolutely gorgeous every time:
Sticky Toffee Fruit Cakes
120g chopped,pitted dates
150g sultanas
250ml water
1 tsp. bread soda
60g butter
185g Self Raising Flour
125g demerera sugar
2 eggs
-Grease 12 muffin tins.Preheat oven to 180 C.
-Put dates, sultanas & water into a pan. Bring to the boil and then remove from the heat and stir in the bread soda. It bubbles!
-Add the butter and stir until melted.
– Sift flour into a bowl, stir in sugar. Make a well in the centre and add the eggs and date mixture.
– Stir well to combine.
-Spoon into the muffin tins, fill to the top and bake for 20 mins until a skewer comes out clean.
Toffee Sauce
140g demerera sugar
2 tbsp golden syrup
90g butter
185ml cream
-Put everything into a saucepan and stir over a low heat for 5 mins till sugar dissolves.
-Bring to the boil & simmer for 2 mins until reduced slightly.
To serve just pierce the warm cakes with a skewer and cover in toffee sauce, serve with lots of cold whipped cream. Beautiful!
Clare over at anamericaninireland.com did a lovely post about her night at Loaves&Fishes and she took more photos than I did (thanks Clare!). I was afraid I’d get toffee sauce on the camera!
Lilly x
This entry was posted in Bake, love. Bookmark the permalink.

9 Responses to The L&F Aftermath: alot of Rambling & Recipes!