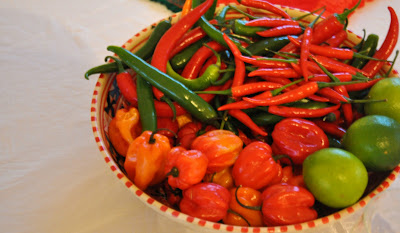 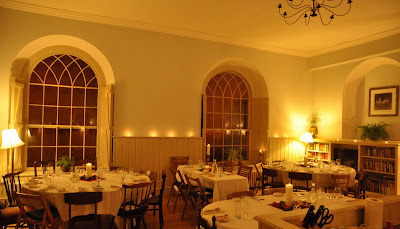 The Mexican L&F dinner was lovely! Massive thanks as usual to my brilliant sisters who were decked out like Mexican ladies with flowers in their hair and beautiful mexican dresses. We started the night with Tequila Spritzers. It was basically a big jug of margarita mix (cointreau, tequila & lots of fresh lime juice). A shot of this was poured into each glass & then topped up with lemonade. Very drinkable and I’d imagine a real winner for summer barbeques! 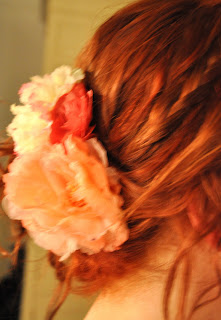 The main course was the Chili con Cocoa here. I bought the blocks of cacao from The Chocolate Shop in The English Market in Cork. I told the shop man that I dropped my last half used block of cacoa into a bolognaise sauce whilst grating it in and he said I should have just rinsed it instead of throwing it out. Ah too late now!
Thomasina Miers Cookbook ‘Mexican Made Simple’ really helped! Her chilli chocolate truffles are absolutely beautiful and I’ll definitely make them again, so easy and alot of people loved them. I think it was the allspice and the hint of chilli, really nice.I had a bit of a panic when I saw ten cloves, a misprint?! Eeek! I didn’t want the truffles tasting like antiseptic! But no, ten cloves is just right. Aoife from Icanhascook very kindly gifted me a cute red oval plate, It fits in perfectly with everything else! So nice and unexpected too. I’m just too obsessed with crockery. 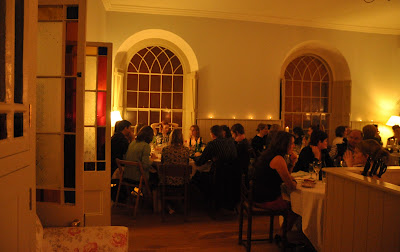 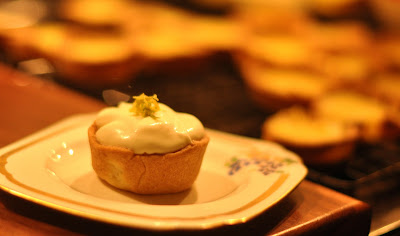 Thomasina Miers Chilli Chocolate Truffles.
Makes loads (40-60)
500g dark choc (70% minimum cocoa)
200g milk chocolate (40% cocoa)
A sprinkle each of cinnamon, allspice and chilli flakes
10 cloves
425g of double cream
A knob of butter
Cocoa Powder for dusting
Break the chocolate into small pieces (or even better, grate it in the food processor).
Gently warm the cream in a saucepan. Add the chocolate and stir constantly until all of the chocolate is melted.
In a pestle and mortar (or coffee/spice grinder), pound the cloves, cinnamon, allspice and chilli flakes until ground, making sure there are no lumps of clove.
Add to the melted chocolate along with the butter. Pour the mixture into a lined tin (clingfilm or baking parchment will do) and freeze for an hour.
Remove and cut off small chunks, rolling them into balls, dabbling them in the cocoa until they’re coated. Store in the freezer or fridge until you’re ready to serve, they should last about a week. 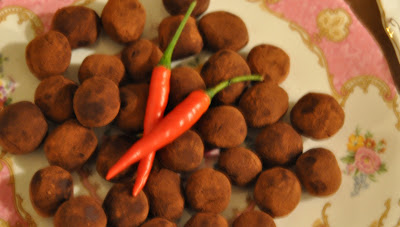 Also if anyone is interested in us doing a Loaves&Fishes in Cork then do let me know as I’d love to do one in April/May!
Lilly x
This entry was posted in Bake, love, recipe. Bookmark the permalink.